10 things to do in Spain When the time comes for a long-awaited vacation, I want it to be exciting and unforgettable. Sunny Spain is a maximum of emotions and impressions, a harmonious combination of beaches, attractions and entertainment. It is simply impossible to list all the advantages of the Spanish holidays in one article, and it will be unrealistic to visit everything in one vacation. Therefore, we picked up the top 10 things that must be done in Spain.

Take a break in Ibiza.
The world famous disco island. Every year the music here is getting louder, and the parties are cooler. Here you can meet celebrities and show business stars. Clubs located in Ibiza can accommodate more than 10 thousand people. World-famous DJs come here all year round to make the music sound non-stop.

Pilgrimage to the Camino de Santiago.
The oldest route to the Cathedral of Santiago de Compostela from the Pyrenees. Such an excursion is suitable only for hardy tourists who would like to conquer the famous route and see the whole north-west of the country. Previously, such a pilgrimage was purely religious in nature, but now people go on this long journey to test themselves.

Tomato fight.
The most fun event that takes place in Valencia since the victory in World War III. Thousands of tourists come here every year to leave tomatoes at one another. “Ammunition” is supplied in abundance by the city authorities and local farmers. Not a single participant in the battles goes home clean and sad.

Sonar Festival.
Barcelona hosts an electronic music festival for a week. This is one of the most anticipated events of the year for fans from around the world. Music does not subside day or night, and the atmosphere of the holiday reigns in the city.

This is a national delicacy. Kalsota is a type of sweet onion that grows from January to April. It is found in many Spanish dishes. According to the traditional recipe, potatoes are cooked on the grill until a certain fry, and then served with delicious nut sauce.

Match El Classico.
Football teams “Barcelona” and “Real” are eternal rivals. Skipping their match is an unforgivable mistake for football fans. To see this legendary competition from the front row is the dream of every fan.

Few people know, but it was on the territory of Almeria that many famous Westerns were shot about the Wild West. This region has a theme park for all fans of cowboys, sheriffs and exciting quests.
Atlantico Museum.
The only museum in Europe where all exhibits are located at a depth of more than 10 meters under water. To see 300 life-size sculptures, a person needs to go straight to the bottom of the Lanzarote coast.

Dangerous Caminito del Rey.
This is the most dangerous path in Spain, which runs in the mountains. It was opened back in 1905, but a hundred years later it was closed due to the death of people. Just 4 years later, Caminito del Rey was again open to fearless visitors. The level of security is currently better than in the 2000s, but this meter-wide path at a height of more than 100 meters makes the blood in the veins still freeze to this day. This is a dream for lovers of adrenaline and extreme relaxation.

For lovers of passive relaxation, the cleanest beaches on the seashore in Alicante are always open. Most of them are marked with a blue flag, which is a world mark of quality.

Spain is a very interesting and beautiful country. Here at every step there is something interesting for tourists. The friendly Spaniards are happy to tell local legends and treat them with dishes of national cuisine. Do not miss the chance to visit Spain and see the world famous sights with your own eyes. 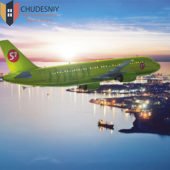