The history of the city of Alicante: from creation to the present day In Spain, right on the Mediterranean coast is a city called Alicante, which is the center of the province of Alicante. Its history begins with the distant 230 BC, when the place of the modern city, with more than 300,000 people, was just an ordinary fishing village.

The founder is the father of the famous commander and arch-enemy of the Roman Republic, Hannibal, the equally famous Carthaginian commander Hamilton Barca. Over time, the settlement strengthened, the ships of the ancient Greeks began to frequently enter the harbor.

The original name comes from the Greek phrase “Akra Levka”, which means “White Peak”. The Arab peoples called the settlement “Al Lacant”, which served as a change on the “Alicante”, which has been preserved and used to this day.

After a long process of land reclamation on the Perineus peninsula, the city became owned by the Castilians. This period in history has received the name “Reconquista”. The influence of the Catalan language on the settlement occurred at the time when Alicante was part of the lands of the Aragonese. Now the population speaks Spanish, but some people speak and promote the Valencian language, which is one of the variants of Catalan.

Since the XIX century, the city began to flourish. A crucial event in the life of Alicante was the construction of a railway linking it with the central cities of Spain. Now it was not a simple fishing village, but already a large port city in which industry began to actively develop.

The boundaries of Alicante began to grow at an incredible speed, the walls surrounding the city were demolished. The number of people grew every year by several tens of thousands of people (in 100 years 2.5 times). Population growth continues in our time thanks to immigration.

In the period from 1936 to 1939, Alicante was swept by the Civil War. The city was destroyed by constant shelling and bombing. In Alicante, was founded the “people’s court”, which issued a death sentence to a member of the Congress of Deputies of Spain, José Antonio Primo de Rivera. He was shot for organizing an armed rebellion.

It took more than a dozen years for Alicante to recover from hostilities and restore its former greatness. Since the 60s, the city began to attract tourists and becomes the tourist center of Spain. Its borders began to grow again, which continues in our time.

At the moment, Alicante is one of the fastest growing cities in Spain with over 300,000 inhabitants, which is the main administrative center of the Costa Blanca.

The city of Alicante is over 2000 years old. Ancient battles, world and civil wars, perennial land sharing, ups and downs, destruction and restoration – all this left an imprint on the formation and formation of the current administrative and tourist center. Architecture and local attractions attract tourists more and more. Among the inhabitants there are almost 130 varieties of nationalities. People continue to move to Alicante from different parts of not only Spain, but also the planets.

If you decide to visit or move to Alicante, you will definitely need the help of our specialists from the company CHUDESNIY.

Any trip to Spain requires the issuance of permits, which are difficult and costly to obtain if you do not know all the nuances and secrets. Our agents will do everything quickly and at no extra cost. And you just have to plan what place in Alicante you will visit first. 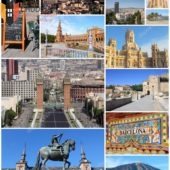 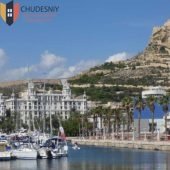